This might be another of those sold out wines,
but the vineyard has proven to be such a gold mine of great wine, that I had to tell you about it :
Bachelder 2019 Chardonnay, Bai Xu Vineyard
>>> WRITTEN REVIEW <<<
Where did this Bai Xu vineyard come from? It's like Thomas B was driving along, spied the vineyard and then stopped, parked, wander up to the door and asked a bunch of questions ... One of them was the draw dropping "how old are these?" Now it says it right there on the label, 1981. These old vines have the sense to bring us notes of pineapple, pear and apricots; there's a hint of vanilla here as well. The oaky notes manage to weave its way between the fruits, but never seems to get in the way.  (****+)
Posted by Michael Pinkus at 10:33 AM No comments:

I've mentioned Nizza before and I am going to do it again, with another beauty ...

What is Nizza? Watch and Listen :

Lovely freshness with its floral overtones and dark fruit undertones. Very drinkable with that dark fruit under belly, lush – “they” say the ultimate expression of Barbera comes from Nizza and you can feel it here: the finish rolls out cherry and blackberry kept fresh with good acid backbone.  (****+)

Posted by Michael Pinkus at 9:08 AM No comments:

Pecorino? The wine, not the cheese; but believe it or not, there is a connection :

This 100% Pecorino goes through wild fermentation then 6 months in stainless steel tanks ... It's nice and dry and crisp, seems to come across a little linear on the palate with its minerality and saltiness, but then incomes pineapple, green, apple, citrus, and good acidity mid-palate to finish. It’s that good acidic seam that keeps this wine fresh and lively with a really long appealing finish.  (****)

Posted by Michael Pinkus at 9:07 AM No comments:

Am I too late to tell you about this wine? Maybe.
But I think it never to late to look forward to the next vintage
Morandin Wines 2020 County Pinot Noir
Posted by Michael Pinkus at 8:19 AM No comments:

from the fantastic 2016 vintage in Tuscany :

This wine just shows both a feminine and masculine side ... Which is a feat unto itself. It's well-rounded and full-bodied while still puffing out its chest and being bold and brazen. Lots of red fruit: currants and cherries with a slightly smoky elegance and floral charisma ... There's also some subtle rhubarb, brash tannins and yet also shows an earthy side - yet nothing overpowers, nothing overwhelms, everything has its place and is in its place. It has time on its side yet can easily find its way into a glass now. Absolutely lovely.  (**** ½)

Posted by Michael Pinkus at 10:31 AM No comments:

The result, well watch the video to find out about :

What a pretty version of Pinot Noir this is - from the beautiful floral and cherry on the nose, to the follow-through in the mouth incorporating notes of strawberry plus black and red raspberry - there is a slight spiciness and the tannins start out "gritty”, but they manage to smooth out with some time in glass and create what might be the best Grand Clos of this iteration of the new Clos Jordanne.  Rating: ****+

Posted by Michael Pinkus at 7:12 AM No comments:

It's both and thank goodness, or we be missing out on this delightful 2018 Franc

I would not put 2018 into the pantheon of great Ontario vintages - but it proved to be adequate, and when it comes to Cabernet Franc sometimes that's all you need; which is why it has become a staple-grape in Ontario. This wine proves to be soft across the palate with nice black raspberry, blackberry, subtle tobacco, and herbal character, bordering on wet tobacco leaf - a hint of tannin bite and a little smokiness joins the fray for good measure. There's also a nice intensity on the finish.  Rating: ****

Posted by Michael Pinkus at 11:30 AM No comments:

Grapes come from Niagara, but Dan Sullivan makes this wine all his own
Rosehall Run 2019 UV - Nedelko Vineyard
... THE WRITTEN REVIEW ...
This Niagara-based Meritage blend comes from Niagara's Nedelko vineyard - and for 2019 it delivers so much more then I would have expected it to Cherry and sour cherry meet strawberry, but without being over the top, then there's mocha and pencil shavings with a juicy drink-ability that carries it right down the middle. It's quite a lovely bottle, proving Dan Sullivan can work with both Prince Edward County and Niagara fruit - but I think we've known that from his past endeavours.  ( **** )
Posted by Michael Pinkus at 10:45 AM No comments:

Such a cool wine made from a cool blend of grapes from a very special vineyard
own by a legendary winery:
Le Mortelle 2018 Poggio alle Nane
THE WRITTEN REVIEW ...
2018 Poggio all Nane - Le Mortelle
The "Le Mortelle" property was purchased in 1999, consisting of 170 acres and is home to three whites (Viognier / Vermentino / Ansomica) and three reds (Cabernet Sauvignon / Cabernet Franc / Carmenere) - you read that last one correctly, the grape that Chile is attempting to make famous also resides in an Antinori vineyard in Maremma, Italy. This Cabernet Franc dominated blend has Cabernet Sauvignon and Carmenere in the mix, which was added for the first time in the 2016 vintage, after 5-to-6 years of research to see if the variety was viable in this location - obviously it was, and is. The first vintage of Poggio Alle Nane was in 2009 - but was certainly made better with the addition of Carmenere in 2016. It is age 16 months in barrique, of which ⅓ is new. This was my favorite wine of the tasting with a complexity that blew me away: mocha and black fruit on the nose with a palate that delivers dark fruit, pepper, tobacco and the promise of so much more to come. It's a wild wine from its make up to its aromas right down to the flavours. I walked out thinking "Carmenere in Italy, who 'da thunk it?" - well Antinori obviously.  (**** ½)
Posted by Michael Pinkus at 9:59 AM No comments:

What is Cerasuolo D'Abruzzo?

What's it made from?

Why is no grape listed on the label?

I look at one of those wines, right now :

Cerasuolo is really a “red wine masquerading as a white,” made from Montepulciano, yet they can’t say it on the label, and made in a rosé style. Yet seems to have more texture and even a little bit of tannin on the palate. Nice acidity, good texture and body, with some citrus and cran-apple, plus cherry and raspberry, this is a wine that will match with so many foods.  (****)

Posted by Michael Pinkus at 11:03 AM No comments:

It's one of those little known grapes, but this one has quite the following :
Malivoire 2021 Melon
--- THE WRITTEN REVIEW ---
Malivoire has been making, and selling out of, Melon for over 20 years; and now to alleviate those demands for more, they've planted more Melon de Bourgogne. This is 64% estate fruit and 36% from winemaker's Shiraz Mottiar's eponymously named vineyard. The aromas are a real winner and they match the palate: melon (perfect for this wine), pear, mineral-floral with fresh acidity that allows the wine to linger with a stony finish. Another winner Melon, and having just come back from the Loire, I can tell you this bottle is truly on-point.  (****)
Posted by Michael Pinkus at 7:20 AM No comments:

Proving how amazing Montepulciano D'Abruzzo can be
without having to break the bank to get it
Jasci & Marchesani 2018 Rudhir
... THE WRITTEN REVIEW ...
Jasci & Marchesani 2018 Rudhir
A Montepulciano that spends 18 months in 2-year-old barrels. In bottle it delivers on absolute yumminess ... Lovely spiced-cherry, smoked-plum and coffee bean accost the nose, with raspberry and strawberry joining in on the palate. It is a fruit / spice dominant bomb of a wine - with a lingering finish. Might need a little more time in the cellar to come fully comes together, but it drinks nicely right now.  (****+)
Posted by Michael Pinkus at 9:37 AM No comments:

Another from Badel, another from Croatia, another delicious wine
Badel 1862 2016 Mediterano
Posted by Michael Pinkus at 10:53 AM No comments:

Blanc de Blancs made from 100% Chardonnay, their first and it's really good
Honsberger NV Blanc de Blancs
--- THE WRITTEN REVIEW ---
After playing around with Riesling bubbles, Honsberger finally gets serious and puts the 2019 Schuele Chardonnay into bottle for 24 months on lees and creates a beauty of a traditional method white of whites. Great acidity is the hallmark followed by a nice toasty-biscuity-ness along with green apple and a touch of floral. Great first effort using Chardonnay looking forward to the future vintages of this wine – maybe even with a date on them.  Rating: ****+
Posted by Michael Pinkus at 7:13 AM No comments:

This Super Tuscan international blend is one of those unforgettable wines
Castello Banfi 2018 Summus
--- THE WRITTEN REVIEW ---
(watch the video above)
Castello Banfi 2018 Summus
Very perfumed and very fruit forward with dark plums and black cherry dominating both the nose and palate. Elegant and delicate with a good backbone of acidity that manages to push its way through all that fruit to show it whose boss - but ultimately helps carry the wine to its next sip. Deep dark fruit wins the day here.  (****+)
Posted by Michael Pinkus at 6:50 AM No comments: 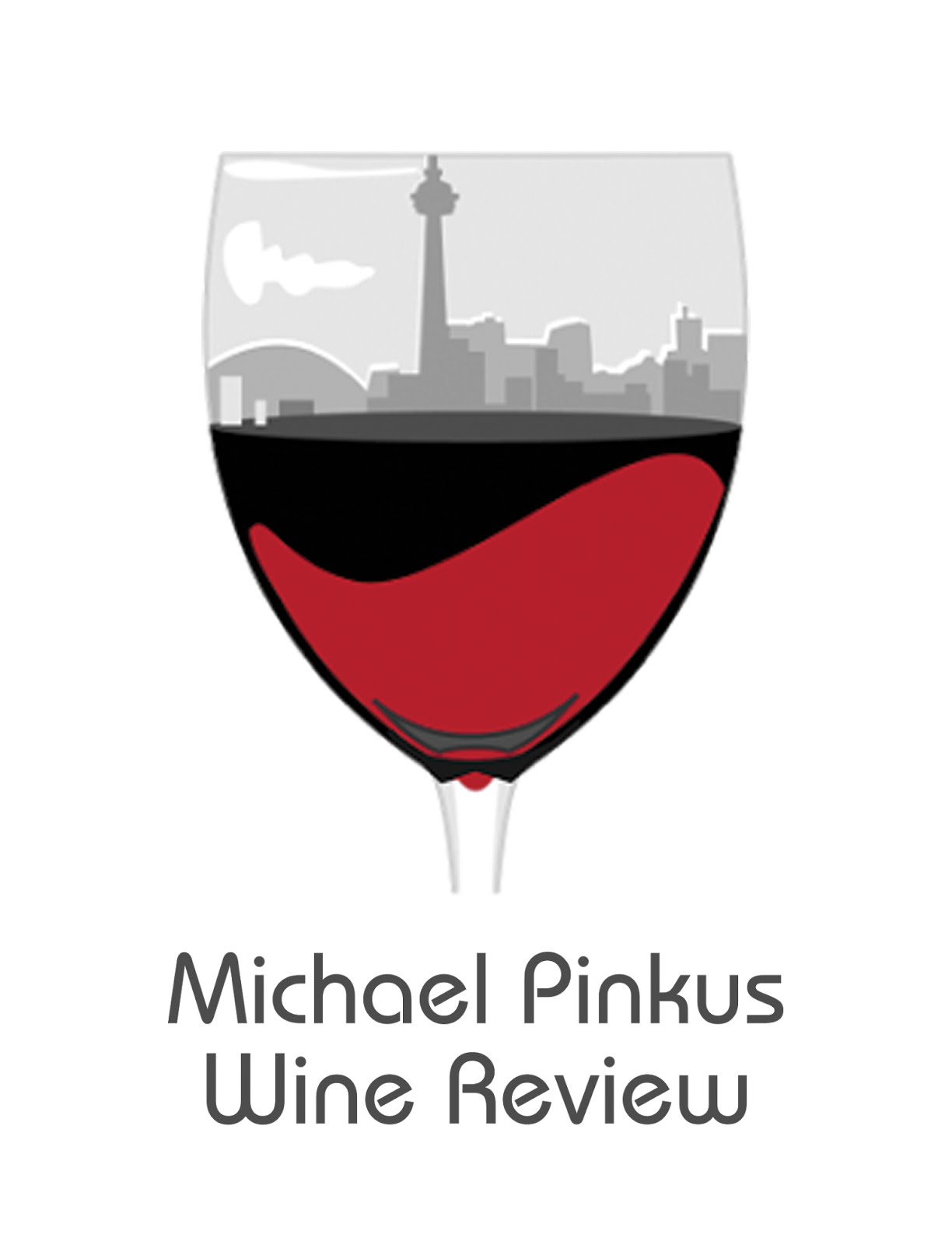 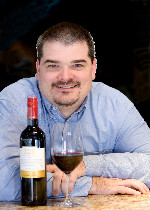